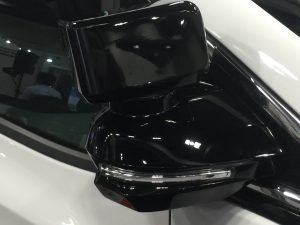 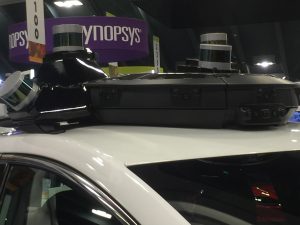 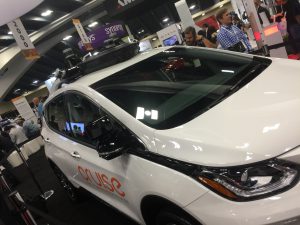 Waymo got its industry award – and I got my first preview of this company – originally, a part of the Google autonomous driver-less car initiative with over 10 million driver-less car road time. Interesting to think that autonomous vehicles could someday become a part of our lives some day. Attached photographs are from the Smart Transportation pavilion at Semicon West. Stevens from Cruise Cars – one of the highest funded car initiatives (by GM) – and a competitor ( or, a market coi-creator) briefed me on their product, the intelligence that they were building up in the LIDAR , Sensors and Car AI engine – and how they were developing capabilities and understanding of the self-driven vehicle environment in cities like SFO while Waymo was building it for suburban environment. 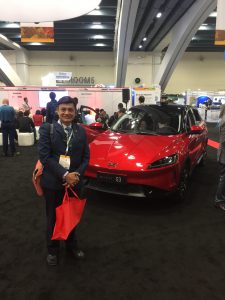 Clearly AI is going to be a big thing in the future- and in Smart Transportation. I am not sure if I want to give up on my current self-driven car model! Drivers are so affordable in India- they are our version of voice operated cars and deliver so much value back into our economy and additional services to my household! Let us see what this future unfolds. Perhaps the autonomous driving will not make its foray on Indian roads given the Indian transport logistics.

Of course, if there is going to such huge data crunching for AI, there will be need for improved computing capabilities. And the industry is acknowledging that the old Moore’s law was now facing a brick wall to continued performance improvements by way of doubling transistor density/unit area every 2 years ( it used to be 18 months originally)….limits of physics are being reached and with extreme low feature sizes of 7-10 nm pushing production yields lower, financial scaling with size modulation is no longer a pushover. 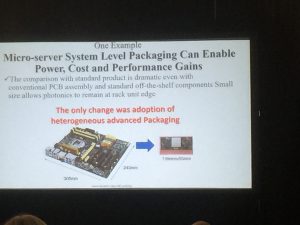 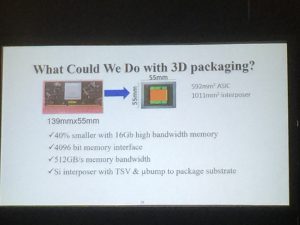 Therefore, it is interesting to see other models of exponential growth of computing evolve. These explore alternate materials and processes and are called More-than-Moore technology road-map. Heterogeneous integration technologies and advanced packaging are evolving to capture the performance value where dies from different, vendors and at different process nodes are integrated on a silicon substrate. This evolution has been led by DARPA sponsored industry thinking with EMBI standard proposed by Intel fast becoming an industry standard in advanced packaging. It was fascinating to see the previous PCB boards evolving with 2.5D SOC (system-on-chip) and then further with 3D SoC. One of the best examples of these technologies in real life is the Apple Watch – and they offer increased bandwidth, improved latency…boldly pushing the boundaries of performance beyond the process node led computing. One can well imagine the shift in OSAT fortunes – it is already a $25bln + market and OSATS are expected to grow beyond 40% to 50% share of the ATMP market by 2025, growing at ~5-7% while the conventional wire-bond flip-chip packaging remains flat at ~1% of the market opportunity.

Finally, there are new forms of computing evolving. Following picture shows me with a model of the actual IBM Quantum Computer. Traditional computing operates with two states – 0 and 1 , a two-bit operation. Quantum Computing leverages these two states – and super-positioned probabilistic quantum states – which start multiplying the effective bits exponentially. The believers say that this will result in exponential growth in computing power. Of course, to manage these quantum states, the computer has to be operating at super-conducting temperatures ( will these computers be deployed on far side of moon for operational economy)?!
For the time being, I am trying to improve my understanding of the current generation computers – and admiring my photo looking intelligent with the model!

What I feel a little proud of, as I write all this, is India’s bold move to launch Chandrayaan -2, its mission to the moon. This project by India’s prestigious Indian Space Research Organization will land an unmanned vehicle on the Moon’s south pole in an area not visible to human eye. I liked the buzz in the professional circles talking of India’s achievement here with a lunar mission at an eye-catching $140mln budget – a fraction of the USA cost structures. With the GoI initiative to improve the ISRO commercial engagement with a newly formed Public Sector Undertaking (New Space India Ltd), I think India is also taking off in the Space Industry in an impressive manner!

ps. Will download the Semicon’19 slides over the next fortnight! Looking forward to that knowledge base….