While passing thru to the boarding area at Lucknow airport…I suddenly realized that my wedding ring was not on my fingers…I alerted the CISF jawan who asked me to report it to the supervisor.

I guess the cost of the gold ring with the gold sapphire in today’s world could have been a substantial ~$1000 or so…However, to me it had a higher emotional value…

We looked around but could not find it.

I told the supervisor of the loss but resigned to the loss as well.

Imagine my delight when a few minutes before the flight the jawan came looking for me and the CISF supervisor Sumit Jain handed me the missing ring!

I sent written thanks acknowledging their honesty and sense of duty for a passenger who they would possibly never encounter again…and want to share this moment of national pride in the integrity of our uniformed security forces!

“Just like the story down below by Ashwini K Aggarwal I had my “moment of national pride” too! Having dropped my hand phone on the road in Chandigarh and only realizing couple of hours later, I made a call on my number, which was promptly answered by a guy speaking rustic Hindi. He asked me to come over to a particular location, which I did and was surprised to meet this very poor daily wage laborer who wanted to give me my phone, which he found where I dropped it. The phone could have fetched him 3 months wages, but he said that the phone did not belong to him and he was waiting for my call. I tried rewarding him with money, but he declined and told me that … I only earn of my labor! That is India my friends which the foreign media does not care to show & neither the paid journalists of these foreign media working in India!!”

Are these incidents isolated?

I do not believe so! I think the core values of India are emerging once again – clearly and categorically. The increased transparency in the society, the increasing maturity of the Indian society, the emergence of the educated class is visibly transforming the nation.

It may have begun with the token sweep of a PM’s broom but we are changing – and I see it in the change in attitudes of the Government officers, increasing ethics in the industry – and in my fellow citizens.

We are transforming as individuals and as a society…and for the better! 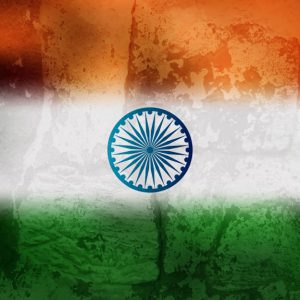