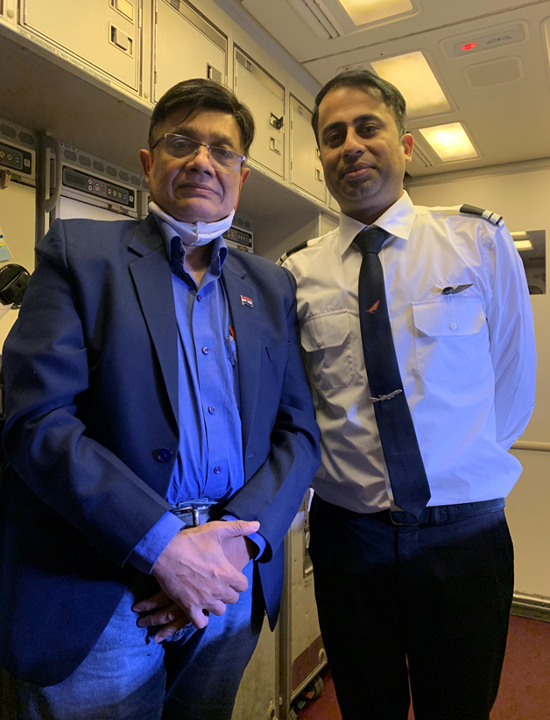 Machines will fail, it is People who make the difference….

On my return flight from SFO, I met a wonderful young man with a unique, can-do attitude in life.

Sumit Chandna – the attendant, not only recognized me from a previous flight- he went and rebooted the system ( on the general corporate principle, that if it works for men, it will work for the machine)!

I resigned to a 16 hour journey where I would have poor sleep on a recliner that had no inclination to recline – and a non-functional video which would leave me on my own to pass the time.

The young man did not let me down in the situation! He had continued to explore options – and when the reboot did not work, within minutes, adjusted me to a nice alternate seat where the seat -and the system- were working.

I shifted – and took my jet-lag adjusting sleep – and then reached out to connect with the young man. Sumit deserves the accolade note I left for him in the Air India customer care note – machines will fail, it is people who make the difference.

And while I do hope that Air India reviews its seating systems and their functionalities, hats off to an organization which creates service oriented personnel like Sumit who feel for their customers and go the extra mile to serve with a smile.

And I owe it to my seniors who inculcated in me early in my career to look at opportunities to give accolades instead of cribbing to build the organization!