One of the defining accomplishments in my life has been the creation of the HP DeskJet printer market in India. In end 1993, after the successful launch of HP LaserJet 4, my boss threw a challenge at me – “Ashwini, anyone can sell a HP LaserJet in India- we need to ramp up the HP DeskJet numbers? Look at Korea- it is doing 6000 nos/month and we are struggling in low single digits!”

Over the next 4 months, I studied the product – and its market in India. A field promo to get customers to taste the printer (2,000 field trial program)  brought out a range of inputs from its target customers! As I interacted with the customers and studied the market reports, a picture of the opportunity and potential path to it started emerging!

I negotiated specific price points with AsiaPac and built a product strategy by May’93 ( the breakthru was actually planned with HP DeskJet Portable and HP DeskJet 500 series pricing)!  We now needed to break down the channel resistance to change from the Dot Matrix Printer!

The HP DeskJet turning point was the Godrej Goa dealer meet in June 94! HP got a small post morning tea slot on day 2 of the event. I decided to max it – and remember working on it late night before the flight with Tagore Berry from Bozell!

And in the morning,  I was travelling to Goa with a number of our dealers from Delhi and they were surprised when they learnt that I was going to present the HP DeskJet printer at the Godrej dealer conference. “Ashwini- HP should focus on the HP LaserJet- India is a dot-matrix printer country. Who will pay for color in India? Who is bothered about noise of the printer?” was the warm advice of a senior HP dealer!

The Goa launch was a resounding success for HP DeskJet printers.  Panasonic had done a boring presentation the evening before – and all the Godrej dealers had come in to the sales meet in their bermudas ready to go for a dip after the morning HP session.

I max’ed it – I had prepared my presentation on the theme “HP DeskJet – the next frontier” – leveraging the Star Trek – the last frontier.  The audience were taken aback when the session started with the battle between the Starship Enterprise and the cloaked Klingon warship from the above movie. The fast-paced clip ended with the Star Trek team  arriving just in time to prevent an assassination – and in response to a stunned galaxy of audience, who asked “what was this all about” – Captain Kirk responded, “ It is all about change, Madame Chancellor, some people are very afraid of change!”

My presentation picked up on that cue – built up HP DeskJet as the change, with a breakthru proposition for the Indian market in select regions – and left the choice to the regions/ dealers to compete on it. The rest is history – Delhi and Bombay regions captured the bid and we went on from ~5/month to a market launch that saw us cross 500 nos/ month. As we rolled across the country over the quarter, the run rate improved to 1000nos/month.

What had worked was a  creative presentation, coherently tying up with a dealer on-the-spot booking contest that was tied with our breakthru proposition and planned campaign!

With the launch of HP DeskJet 520 (code named “Thunder” ) by Feb’95, we trumped the Canon launch and increased our runrate to 1500/month.

A few months later, I was transferred to the PSG category in a portfolio reshuffle – but destiny brought me back in to the role in ’97.

One of the hall mark of this phase of the DeskJet story in India was the emergence of Epson with its 1400 dpi campaign.  I took inputs from my leaders and my academic guides and I chose to ignore the direct attack of Epson – and focused on the overall market creation – and on the fact that HP DeskJet was the market leader. This resulted in the HP DeskJet loves story campaign which was pulsed with several actions – including the launch of our retail outlet, ‘The HP World” by another committed sales leader, Simran Bagga. The outlet was inaugurated by Madhuri Dixit – and the buzz “Dil to Paagal hai” for HP Deskjets had a mile-long crowd at the showroom with police intervention to prevent a stampede. I should know – I could not reach the showroom as the crowd would not let me have the way!

Considerable care was taken to avoid a direct comparison with Epson or Canon – HP was the market leader and our campaign built on the popularity of the HP printers – HP DeskJet were simply “the world’s most loved printers” building a carefully research brand position of HP reliability.!

I had come back to take charge of HP DeskJets in the two years that I had been away, the numbers had grown from 1500 to 2500/month. But with breakthru marketing focused on positioning HP DeskJet as the future and the dot-matrix printer as the past, the first month of our trade-in campaign took us to 5000+ printers/ month and by the end of the quarter we were at 8000 printers/month.

97-98 were the tornado growth period for HP DeskJets in India. We focused on building on the core values of HP reliability and leadership in the campaign- and in a consistent marcom branding with the message “HP DeskJet – the world’s most loved printers”!  To build the impact, I carefully orchestrated my marketing budget to enable a full page ad with a series of smaller ads to meet my required exposure level ( min 3)- quarter after quarter in key markets!

The  period saw a consistent positioning of HP DeskJets as ‘the world’s most loved printers” –   in end-user advertisement, sales promotions, channel schemes and retail POS activities. The consistent, continuous, single-net focus on the position helped build the brand and its market success!

This value of HP DeskJet as the world’s most loved printer was distilled in ’97 into another breakthru HP Launch event – “the HP DeskJet Love Story”. I had an old CD of the event -and I am sharing the youtube upload after due edits here.  Conceived and executed first in Sep’1998 ( and repeated in ‘2002), the launch stormed the market – we were doing 19000 printers/month by ‘1999…and DMP era was over…

In 2002, I again had a role change back to handling the HP DeskJet printers. Some operators were damaging the brand by dumping grey products into the market and playing with the established channel structures.  The launch of a new HP DeskJet series with a swift counter action set the corrections in place and …I leveraged the earlier HP DeskJet Love Story event in South! On the high impact launch, HP DeskJets rose to over 40000 printers/ month by end 2002! 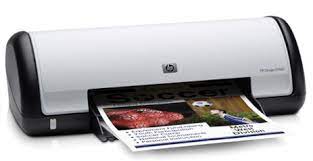 .My future posts will cover more launch events from my career journey…and simple marketing tools that I polished to ensure that we executed our event objectives with surgical precision.  If you wish to get alerts on the future posts, I suggest you click on the subscribe button below!